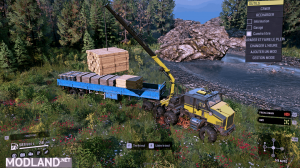 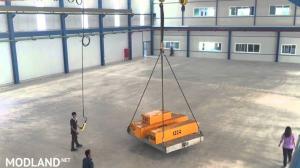 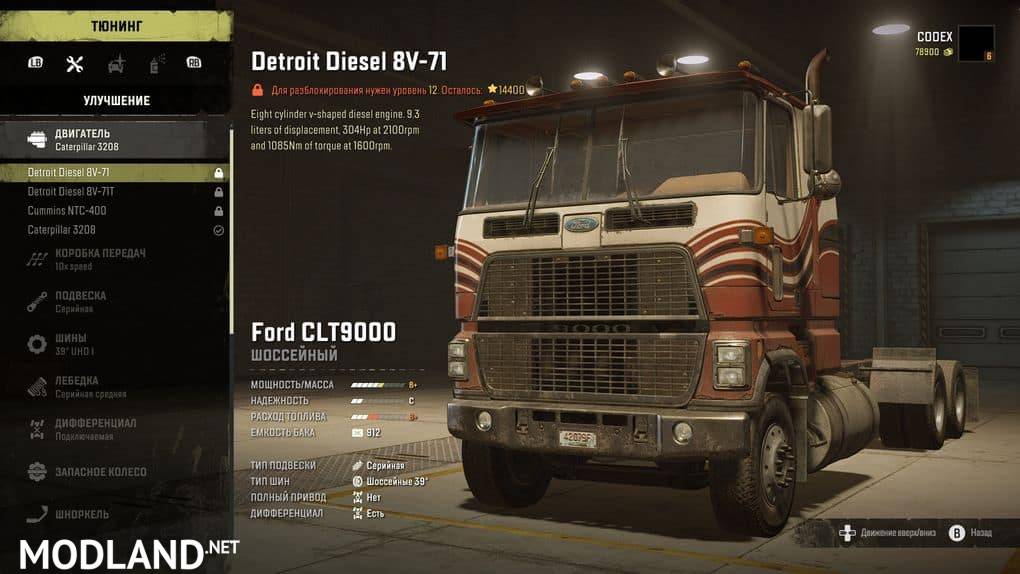 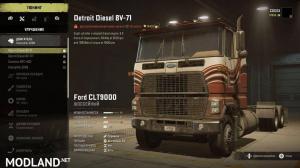 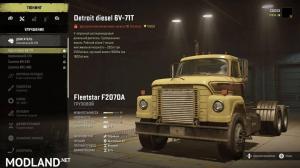 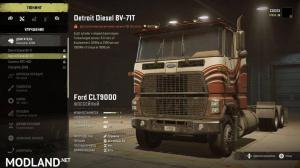 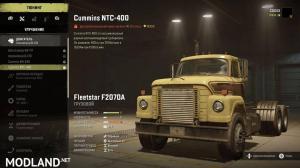 Initially, I made these edits for myself simply because I liked collecting information (very often bit by bit) about trucks and at least somehow transfer it to the game in the form of “role-play” rules or editing configs. As a result, I decided to bring what was to some kind of finished level and go through the game again without being distracted by googling, edits and tests. Although at first glance, the edits do not seem very significant, but it took a lot of time and effort to collect and organize information.

-Standard engines are replaced with “real” ones, with the corresponding characteristics, used on these cars in real life. The description for each engine contains the minimum information (limited to ~ 200 characters).

-The gearboxes of each car are replaced with n-speed gearboxes, where n is the minimum number of gears of the given car in the available configurations in real life (the minimum values are chosen because the game does not like gearboxes with many speeds, in game there are no advantages of a 12-speed gearbox over a 5-speed gearbox, how much I understand). All gearboxes with low and high gears. Everything related to the gearboxes may be altered in the future. This was originally a quick edit for a personal walkthrough. If there is demand, I will make a quick version with standard gearboxes

-The actual volume of the fuel tanks. For licensed vehicles, the installed tanks in the game are compared with the available options in real life. Since the models of unlicensed cars differ from their real counterparts, to determine the volume of their tanks, the physical size of the game tanks and the “reference” tank with a known volume were compared

-Fuel consumption is calculated by a simple formula: ((Engine_Volume + Number of_Cylinders + (Torque / 100)) / 3) / 2 (for older engines) or 1.3 (for more modern ones). Thus, consumption depends on the volume, number of cylinders, power, and the age of the technology used in the engine. This is done because if we translate the real values of consumption into ingame timescale and distances, then the consumption is almost the same for all vehicles in game units. Waste of time searching and adapting data is not worth the result

– The durability of all parts is significantly reduced depending on the “class” of the part and reliability in real life.

– Almost all differentials in the game are with manual locking, there are practically no permanently locked ones, iirc. I am aware of the “self-locking”, which can be put on any car, or the ability to just weld the diff. But the manual lock balances the game perfectly, in addition to the not always sufficient engine power, using low gears is now necessary in off-road. To “weld” the diff, just edit the xml of truck. Also, a difflock was added to several vehicles, in the cockpit of which there was a switch with a lock or Power Divider, but for some reason the possibility of locking was not in the standard game

– Plug-in front axles on most four-wheel drive vehicles. There is practically no permanent all-wheel drive that cannot be switched off. The possibility of all-wheel drive has been removed from some cars, based on the characteristics of similar cars from real life or common sense (the default small front drive axle is not suitable for all vehicles (st680 for example)

– The weight of the vehicles was changed only in a couple of cases, otherwise the weight declared in the game corresponds to the real ones

– A version with real weights of cargo and trailers with a slight adaptation of the suspension will be added, if the author of mods for real weights of trailers and cargo gives permission. Everything plays together perfectly but need some edits. I didn’t play without these mods

There are two versions of the mod: RUS.zip and ENG.zip – Russian and English versions, respectively. In each archive there is a [media] folder that needs to be copy with replacement to the initial.pak archive by first opening it with the WinRar program (other programs are not suitable). Make sure to create a backup of original initial.pak file. Attention, mods that change initial.pak are most likely not compatible with this mod. This mod is not suitable for the first playthrough, as it removes several game moments associated with the search for improvements (transmissions mostly) and quite dramatically changes the overall balance.

For english speaking users: most likely there will be a ton of grammar mistakes. I made “english version” as a temporary solution, in hope that someone will fix my mistakes. Its much easier than write all descriptions from scratch. All you have to do is open *engine.xml and read through the descriptions sections. 10 minutes at max. 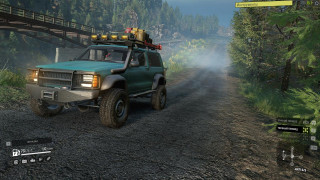 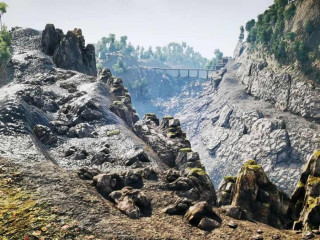 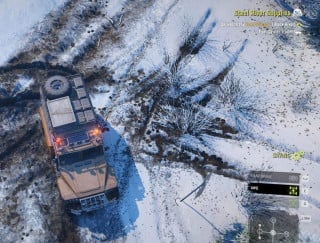 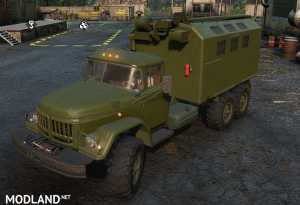 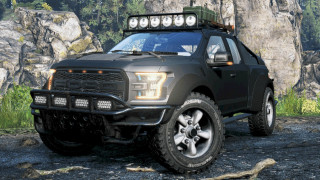 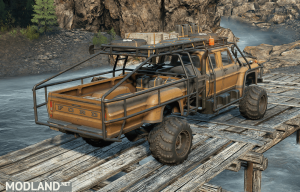 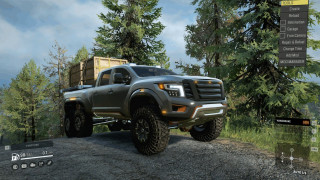 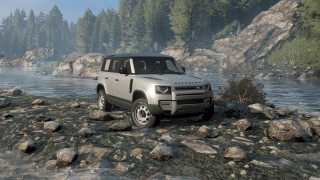