The Most Wanted FS22 Mods & Features 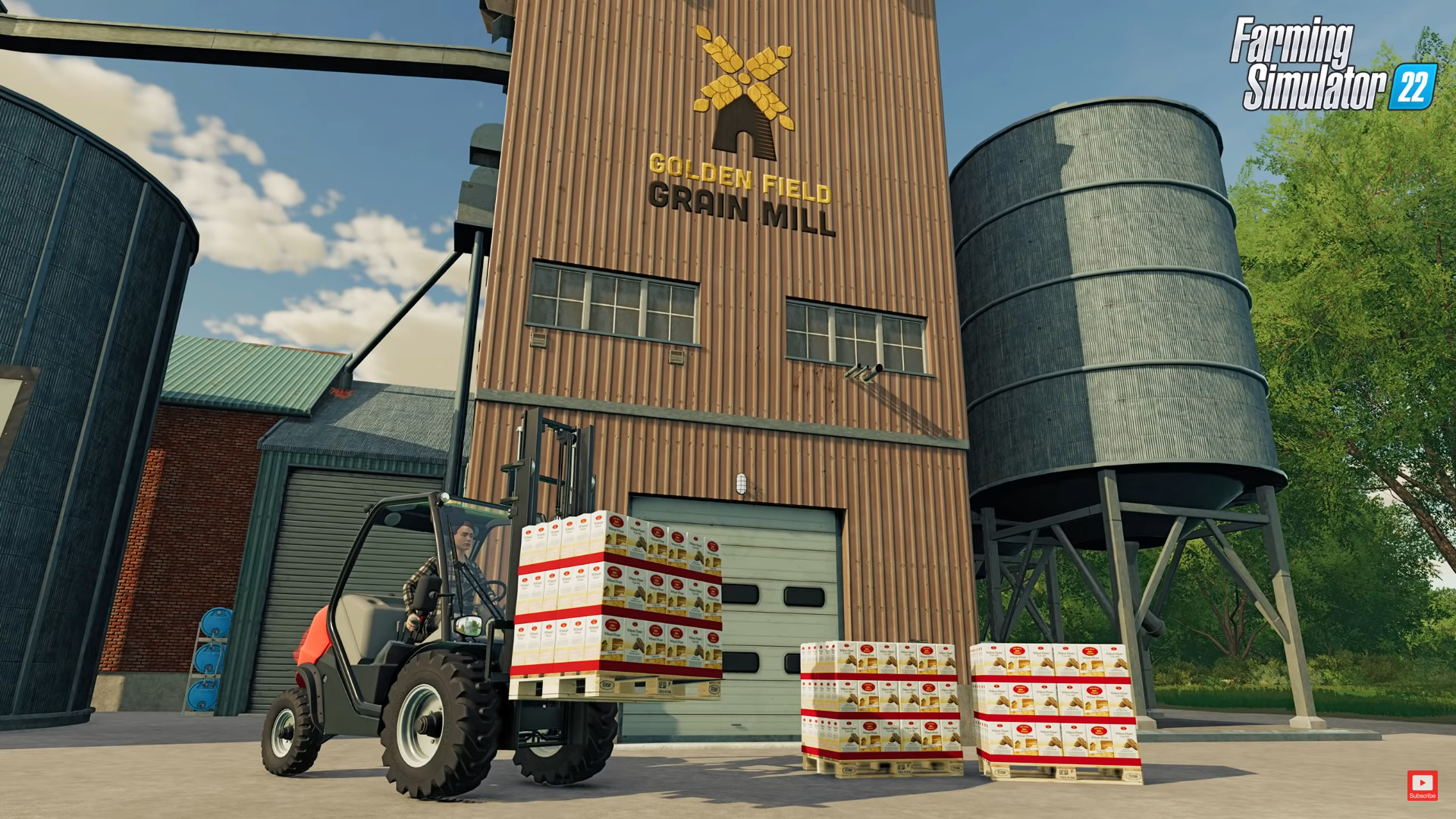 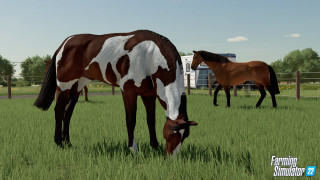 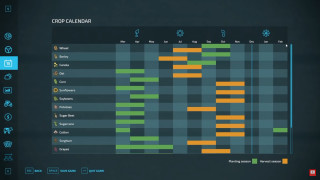 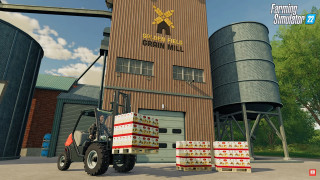 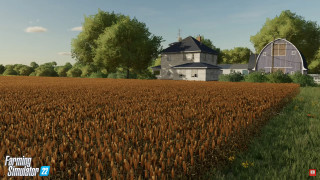 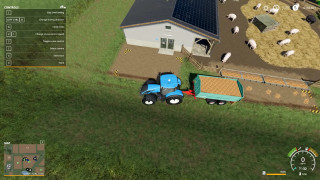 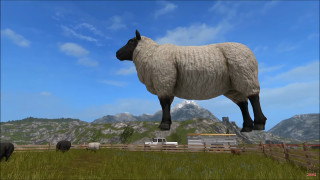 With any popular game, there is a community of mod creators that spend hours, even days, creating mods for the video game they love so much. They create these mods, because the modders and players want to tailor their experience of the game exactly the way they like it. These players will spend over 100 hours playing their favorite games, so they want a great gaming experience. The game Farming Simulator has hundreds of mods, but there are a few more that the community needs to develop, especially since the actual game developers aren’t doing it! So here are the most wanted mods and features of Farming Simulator 22.

The following mods and features have been requested by players and fans of the Farming Simulator game for years. Unfortunately, the game makers GIANTS and Focus Entertainment aren't listening! Hopefully, with enough angry emails, tweets, and scathing youtube videos, we can get the modding community and the developers to listen to us! 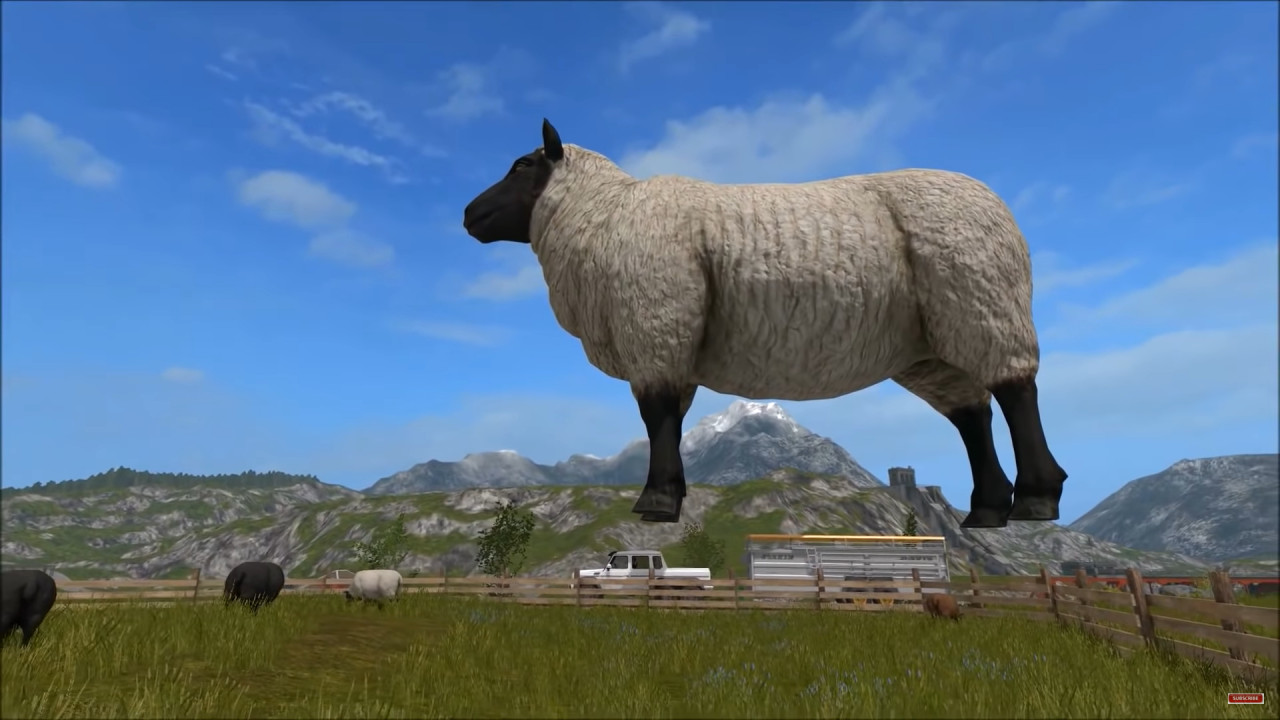 A highly requested feature that many players wished to have in Farming Simulator 19 was Wool Storage. The game makers never added it, and everyone is still waiting for it to come out for Farming Simulator 22. As you can tell, this feature centers around the storage of extra wool. Players harvest this wool by shearing all of their farm’s sheep. Since there is no extra storage currently in the game, players have to shear their sheep at different intervals so they can sell their wool without shearing too many and ruining their supplies. If the game had extra wool storage, players could shear all of their sheep at one time and sell their supplies little by little.

Very rarely do real life farms purchase brand new equipment. In reality, most of the equipment on a farm, no matter the size, is pre-owned or used. Most farmers keep their equipment in great shape because they want to be able to resell it. So if resold gadgets are such a big part of the real world farming industry, then doesn’t that mean Farming Simulator 22 should have a resale community as well? 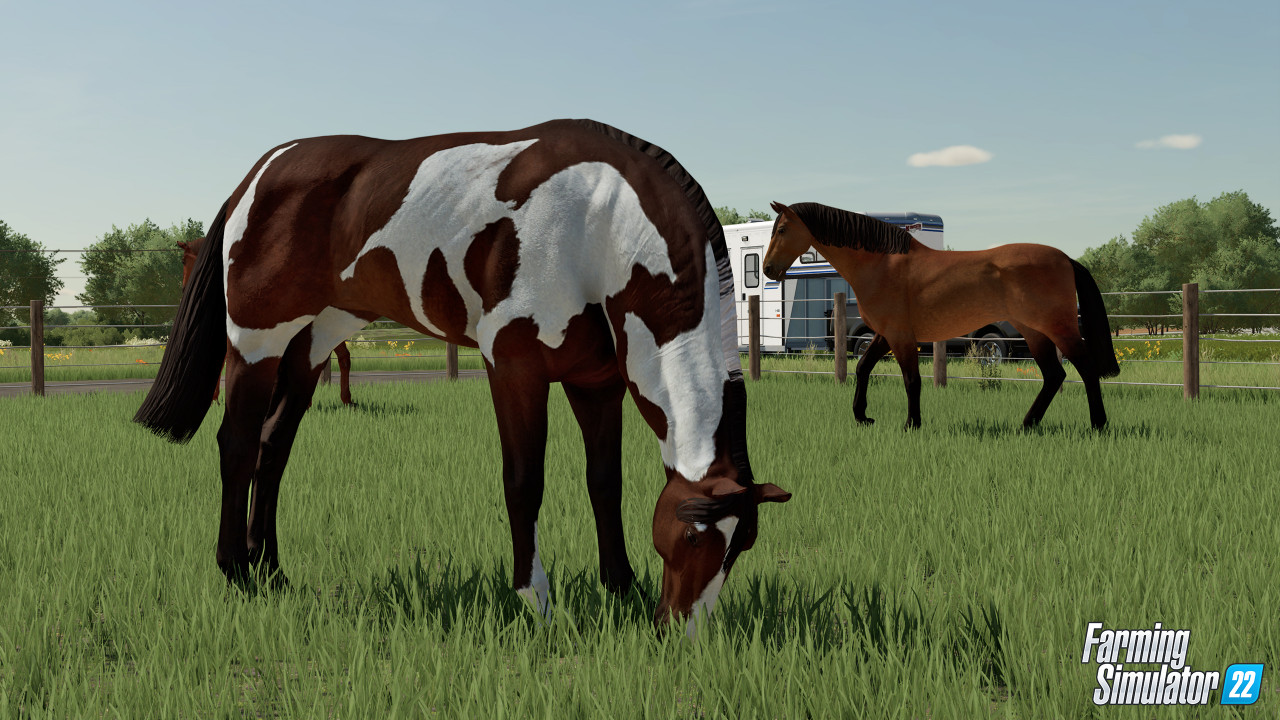 There’s hundreds of types of livestock in the real world, so why is the selection of livestock and farming animals in Farming Simulator so limited? Players have been asking for more and more animals ever since the first Farming Simulator came out, and they are still asking! Not only can the game developers or modders add new never before seen animals, they can also add different breeds of pre-existing animals. In the real world, there are over 250 breeds of cows and 500 breeds of chicken, so there are plenty of new breeds of every animal to add!

Build your own animal pens 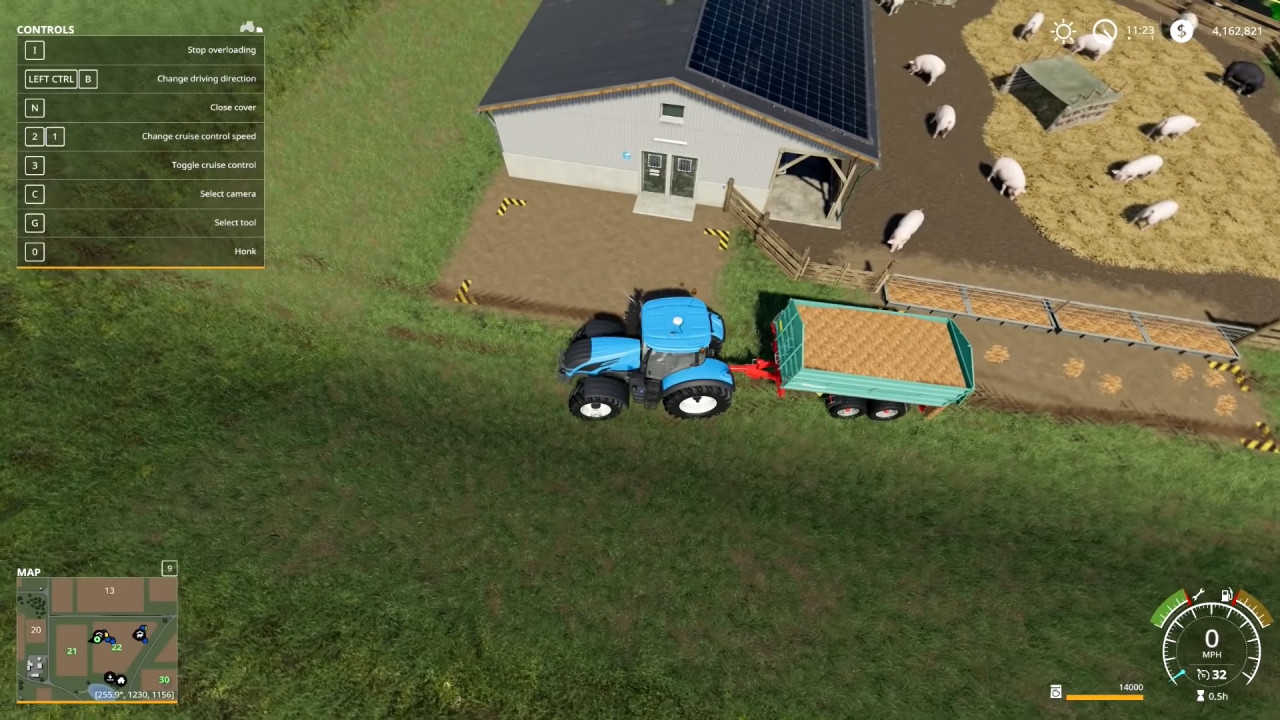 Farming Simulator currently has animal pens, but the player has to use a predetermined design. They are not allowed to alter or change it in any way. This is a terrible design, as nearly all players want to be able to create their pens for their animals. A personalized animal pen mod is most likely available already but even they have limits. But making your own pens should not have to be a mod. Designable pens should be a standard part of the game! What a missed opportunity for the game makers! The build your own animal pens should allow gates and doors for different animals to be attached to other gates and posts so there won’t be any wasted space.

In real life, farms are so massive that farmers have to use GPS to help them navigate their crops and farmland so they know how much of their crop they have harvested for the day. If they tried to harvest the old fashion way, they would get lost in their own crop field for days. So it is a wonder why this critical real world feature is not included in most Farming Simulator games. There is a mod available, but it does not work as well as it would if the GPS was already added in the game as an in-game feature. Even if the GPS system in the game was bad, modders could tweak the pre-existing system and improve it. They wouldn’t have to spend their time creating a brand new system from scratch.

Farming Simulator has a lot of storage issues. These issues could be fixed with one or two patches to the main game, so what are the developers waiting for! Like the wool storage issues above, players need a storage area to add all of their root crop harvest. Without the ability to store their crops, the players have to add a mod to their game. But storage should be a mandatory part of the game! But whether it comes from the developers or the modding community, crop storage is critically needed in the fs 22 mods world. The root crop storage feature or mod should have a number count, date of harvest, and the ability to withdraw root crops by sliding number scale.

A farm should be a customizable space where the player can place anything they want down and shape their farm exactly the way they like it. A farm that is prebuilt and can’t be changed or modified doesn’t feel like it was created by the player. It is a surprise that modders have not figured out a way to bypass some of the placement restrictions, but when they do, this type of fs 22 mods will quickly become the number one mod in the game. Imagine being able to not waste any space and place anything down wherever you want! You can have your entire farming modded and filled up to the max!

When the rain comes, players want the environment to change as the rain soaks the ground and crops of their farm. Without realistic changes and a good fs 22 mod, the immersion of the game breaks and it is not so fun anymore. For example, if the rain hits the dirt, the dirt should slowly become wet and muddy. When the rain stops, the mud should take a few hours to turn back into dry dirt. Instantaneous changes don’t reflect the real word.

Hopefully, when Farming Simulator 22 debuts, all of these anticipated and requested features will be part of the game itself. But if it isn’t, the modding community will create what the players need! 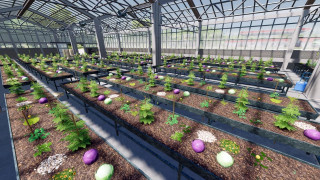 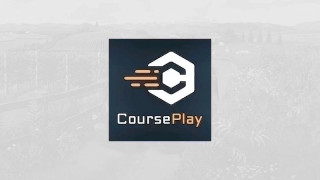 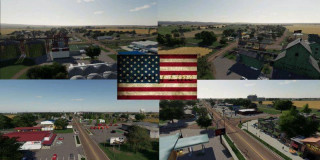 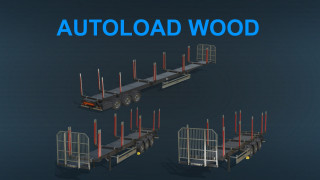 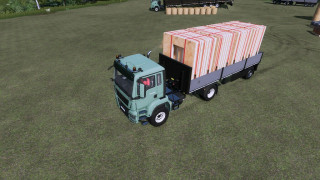 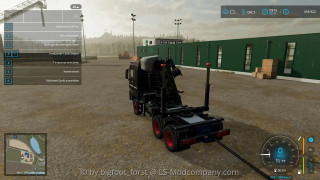 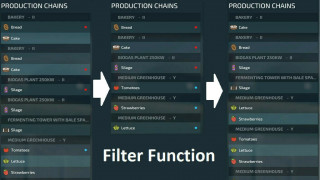 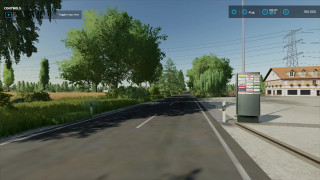 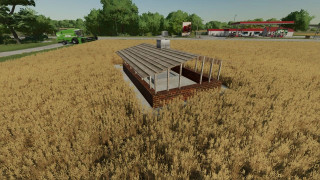