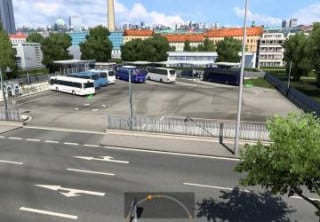 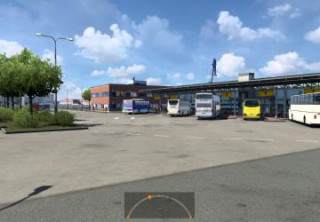 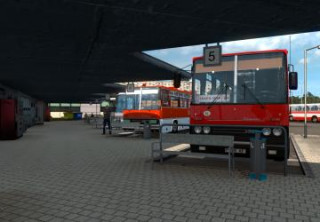 Files:
1) Passenger_transportation_base - to put the above all maps and modules.

Trailers:
1) Intercity. This trailer (mode) gives us the opportunity to transport passengers for small distances. All distances are cut off here. Orders will be generated to 350km. Thus, orders are formed from the city of the departure, the city nearest from it. The number of outgoing orders is formed from 8 to 10 options.
It remains only to make a flight - the beginning and end of the route, and follow to the final point, through the passing cities, transporting passengers from the city to the city. Everything is like in life. Typical intercity route.
2) Tourist. With this mode - on the contrary. It cuts off the near distances. This is a direct route from the point A to the point B with a large distance. (From 500 km and above without limitation). All by classic.

The mod was tested on an ETS 2 default map.
The work with Rusmap, The Great Steppe, Volgomap, Sibirmap 2.0, South region was also checked.
Fashion cards, such as Promods and other which change the default card, strong conflicts are possible.

Files:
1) Passenger_Transportation_base.
2) Passengers_Europe_1.41 - a module of the default map + DLC.
With the participation of other cards - priority to put below the cards.
It is necessary for all DLC card parts.

So far, only Europe is activated!

Help the project :
Donat: https://www.donationalerts.com/r/alexander_Merc.
Your support is important for us! Xosmb (Guest)
10 months ago
Can you give me a link with all dlc without Iberia addons?
Loading...

mods82 author
1 year ago
Mod maps, such as Promods and other which change the default card, strong conflicts are possible.
Loading...