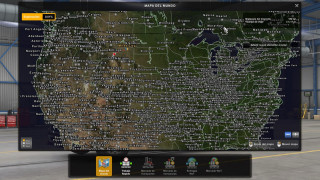 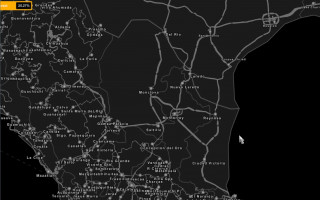 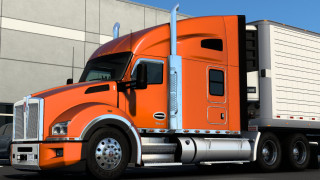 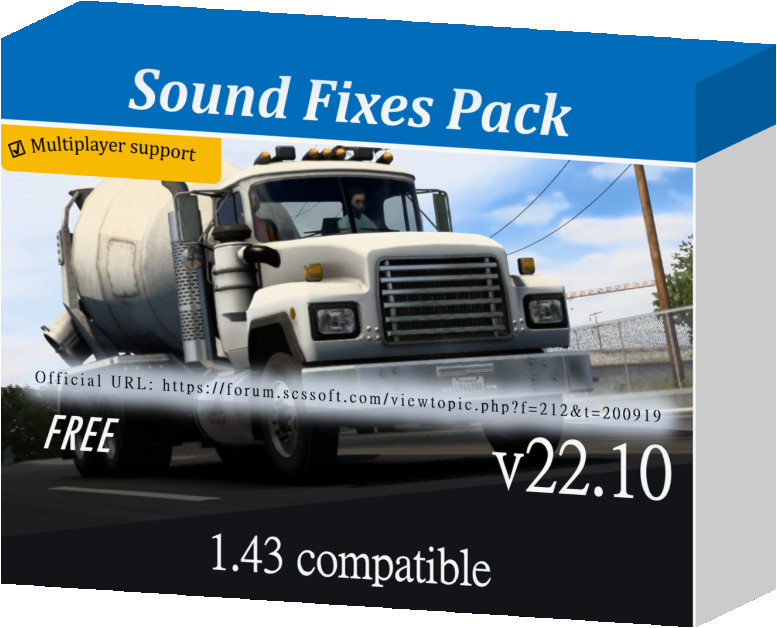 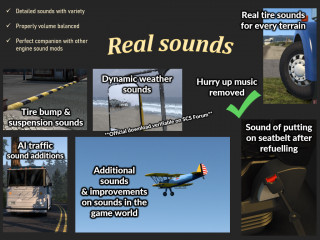 * ETS2 1.43.3 + ATS 1.43.2. No errors in game log. Must have high priority in Mod Manager.
* Supported in single-player and multiplayer Convoy mode.
* Compatible with all maps and all trucks, including truck mods.
* Does not replace individual truck sounds, so this mod can be used with an unlimited amount of truck sound mods of your choice.

- The ultimate variety of suspension and tire bump sounds when driving over curbs or bumps in the road.
- Fuel / gas station sounds.
- Door close and seatbelt sounds after refueling.
- Train sound enhancements, including comprehensive sounds for all base game locomotives in American Truck Simulator.
- Real tire and road noise for all terrains: asphalt, gravel, grass, and sleeper lines.
- Nokia phone ringtone sound replacing the hurry up / late music, leading to less stress for the player.
- Default common sound reworks, such as improved default air brake sounds and a softer default reverse beep.
- AI traffic vehicle sound improvements, including sounds for Jazzycat's Motorcycle Traffic Pack.
- English UK/US voice navigation variants with speaker effect added and no unrealistic phrases.
- Wind buffeting and rush of air sounds at high speeds only when the window is open.
- Location based sounds of environment.
- Sounds for animated objects such as F22 jet fighters and biplanes.
- Trailer coupling and trailer brace rotation sounds.
- Two standalone air horns.
- Softer mix for the Musical Road in American Truck Simulator's Historic Route 66.
- Dynamic exterior and interior rain sounds, and an assortment of varying thunder sounds with delay.
- The default wiper sound may now squeak only when the windshield is dry.
- (Optional) Reefer / refrigerated trailer sound functionality that can be activated by trailer mods.

The SCS Forum link below for the Sound Fixes Pack holds all official download links and is open to suggestions and questions about the mod:
https://forum.scssoft.com/viewtopic.php?f=212&t=200919 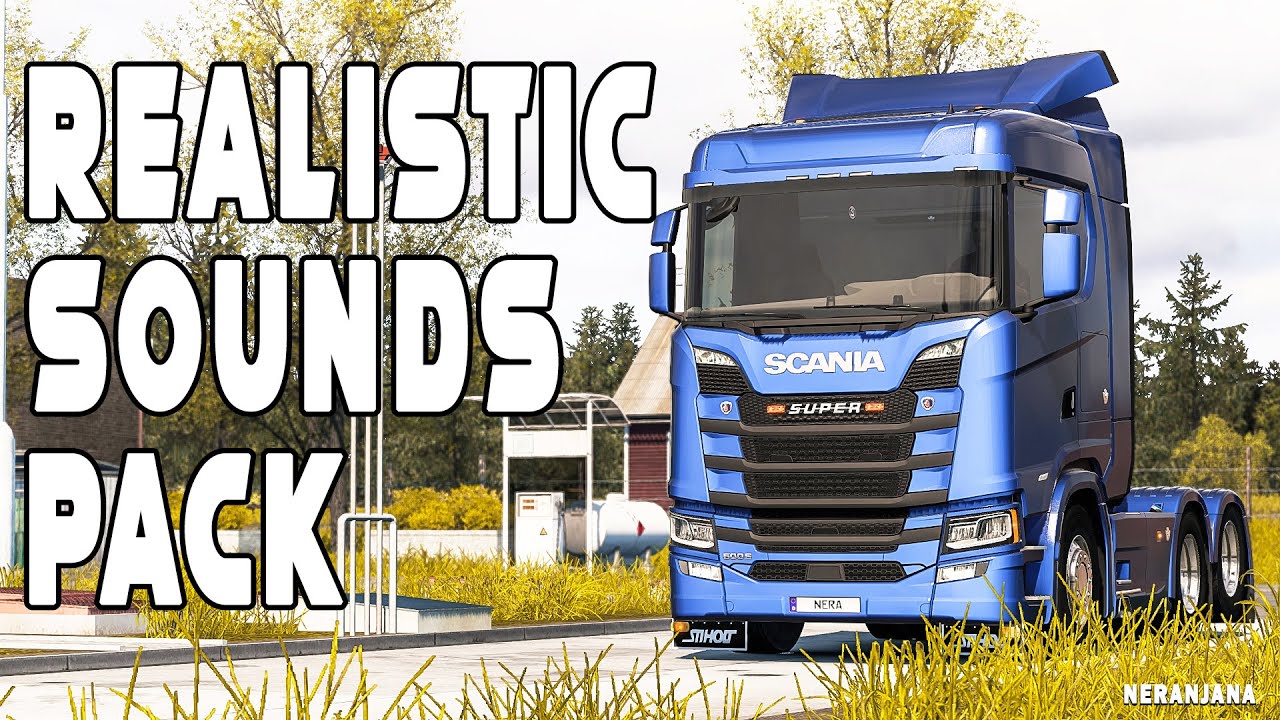 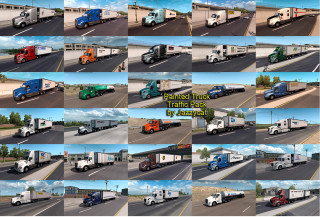