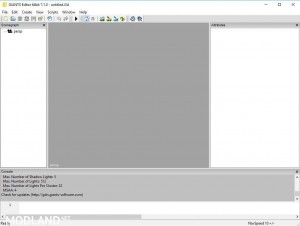 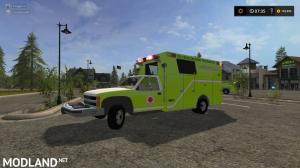 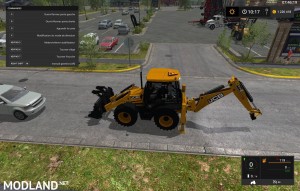 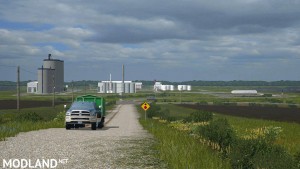 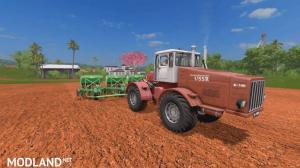 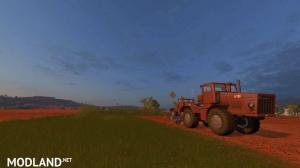 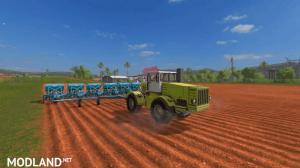 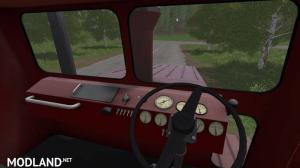 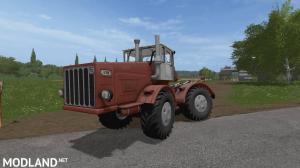 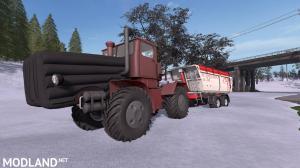 Description:
K-700 "Kirovets" is a Soviet general-purpose wheeled tractor of increased cross-country ability, traction class 5. It is intended for execution in an aggregate with hinged, semi-mounted and trailed wide agricultural machines (plowing and deep loosening of the soil, cultivation, disking, harrowing, stubbling, sowing , snow retention), transport, road construction, reclamation, earthmoving and other works. The tractor is presented in four versions with different configurations.

This is a set of K-700 tractors of the early series. The set is a deep upgrade of the K-700 "Humpbacked" for the 17th part of the game, released on March 3rd, 2017.
A year after that, work was begun on the complete restyling of these tractors. As the basis was chosen K-700A from SpinTires. The hood, interior and tank were made from scratch and textured in the Substance Painter. All other parts of the tractor were also textured anew.
However, it was decided to assemble a small set of K-700 tractors of those times. Thus, there was a pilot model with an old cabin, which passed state tests, an export version and experimental development of the LHKI-LKZ, including the installation of the GTD-350T engine on the K-700 tractor. All of the above modifications are real and were made from photographs and reliable data.
All models of the pack have different configurations, such as bonnet design, radiator grilles, the number of operating light bulbs and the installation of wheel covers. All configurations were also created using real photos. 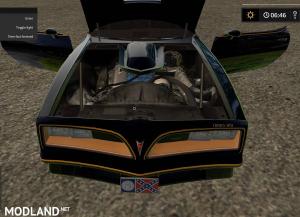 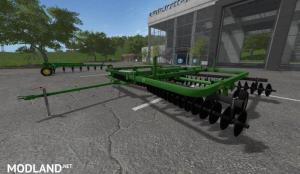 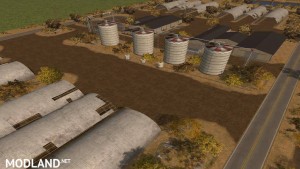 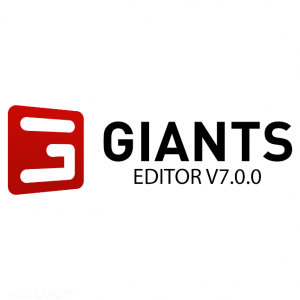