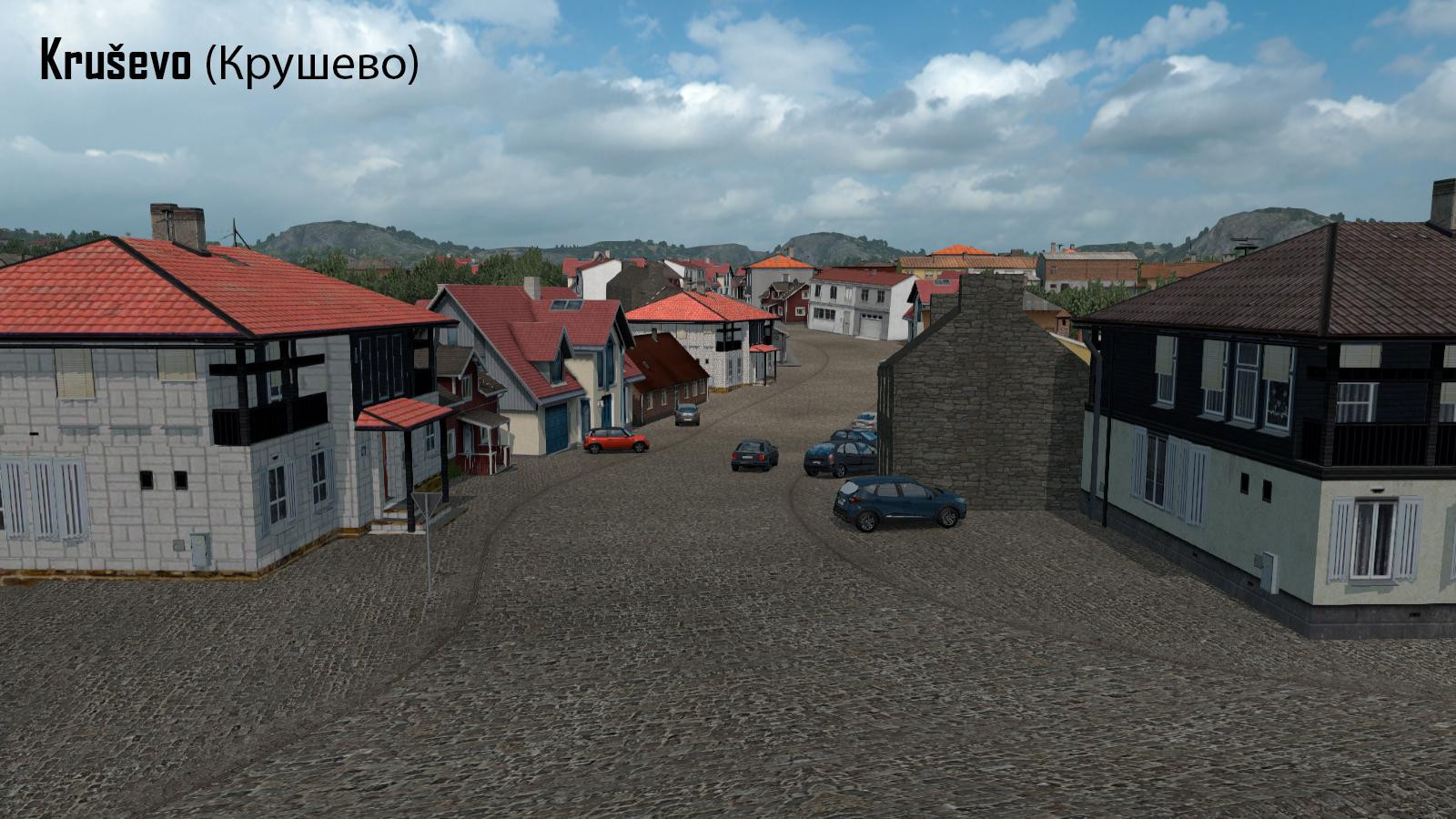 Other:
- Updated road overlays;
- Added viewpoints;
- Other changes and fixes;
- And a few things hidden away
Older Updates
Changes v1.4.0
New cities:
- Fully rebuilt the city of Strumica and made it fully functional;
- Added the towns of Nov (New) and Star (Old) Dojran;

Changes:
- Rebuilt the road from Strumica to the Novo Selo/Zlatarevo Border Crossing;
- Refreshed the Okta petrol station north of Struga to help resemble its real-world counterpart more closely;
- Other changes, additions and fixes.

Changelog v1.3.0
-Added compatibility to ProMods 2.45 and Road to the Black Sea DLC;
-Fully reworked the city of Struga and made some changes in the area;
-Partially reworked the Ohrid Airport and other places in and near Ohrid;
-Added a few new real-world companies some of the cities;
-Added overlays to roads added by this mod.
-Other fixes and changes to map;

This mod is compatible with Euro Truck Simulator v1.39 and requires ProMods v2.51.

Map corrections and changes:
- Added РЕК Битола (MEC Bitola) coal power plant;
- Corrected the area around the Lukoil petrol station near Bitola (Added new R-1101);
- Added new junction south of Kichevo connecting the R-1305 to the E-65;
- Changed the prefabs on the exit from Ohrid (E-65) to Struga (E-852);
- Changed the prefab on the connection between the E-65 and R-1305 (Bitola) to allow for left turns;