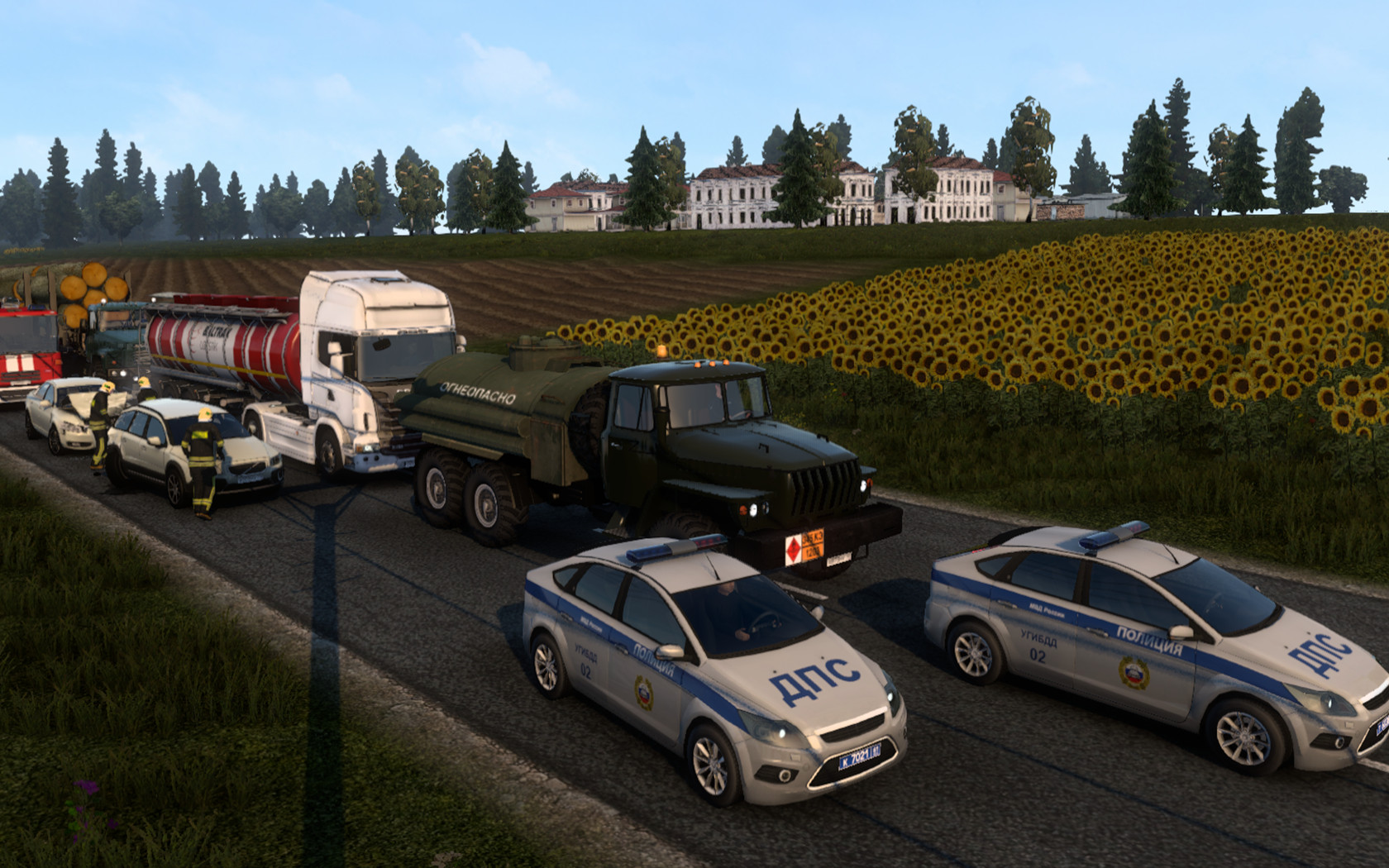 latest Version v12.0 [1.42] · ETS 2 1.42.x 8 months ago
Changes in V12.0:
- adapted for a new version of the game.
- Replaced almost 80% of old models of trailers and trucks for new ones.
- Many truck models have become traffic.
- Improved some territories.
- Fixed the errors of the previous version.
- rejected prefabs of the company of vegetable beds. It became more points of loading and unloading. On the basis there is a gas station.
- New model of Kama Kaza Mixer on the map and in traffic.
- Replaced and redone many old trailers and new added.
Older Updates
Changelog v9.0
- Adapted for the new version of the game.
- Replaced many models of trailers and trucks with new ones.
- Fixed bugs found in the previous version.

Changelog v7.8
- Adapted for the new version of the game.
- Improved vegetation, redone roads in some parts of the map.
- The climate is not in the snowy areas redone by default.
- Fixed roads that lost collision.
- Redesigned some models that began to look wrong with the new versions.
- Sounds only defaulted.
- Added to the traffic and random events fire KamAZ.
- Fixed bugs found in the previous version.

Update 7.7:
- Adapted for the new version of the game.
- Improved vegetation, redone roads in some parts of the map.
- Fixed bugs found in the previous version.


Credits:
author: MOROZOV (Pavel)
The authors of the models: oq37, kosa6414, klipstoeun8839.
Author of loading screens, skins of a new company, skins for trucks and a tow truck, and skins for new trailers :: â™•-SlawkA-â™•.
Testers: sowa, Olsestar.
The mod used models taken from the cards:
- RusMap (with permission of the author of the Gricko models).
- TSM MAP (version from mario1961, with its permission).
- Trailer models were used in the mod: Semi-trailer non-tarp and semi-trailer nefaz tank (with permission of the author of the Koral models).
- In the mod used trailer models from Jazzycat, Roadhunter, Satan19990, Syncron3DCreations, Patrick Poulsen, MDModding.
- The model of the crane for the tow truck was taken from the mod "Renault Magnum Recovery" Author: Laxi. 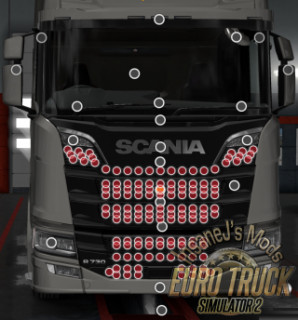 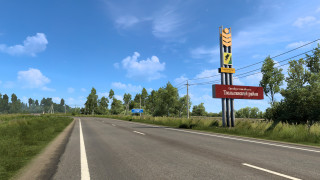 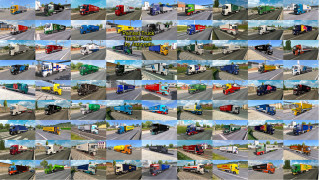 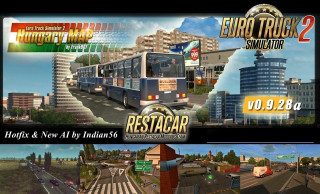 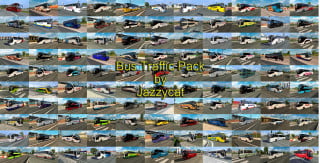 Charly (Guest)
1 year ago
Probably the worst map mod for ETS2. You are stupid if you are going to use it.
Loading... 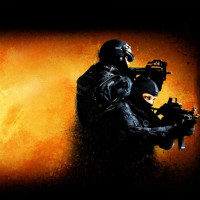 Mr Cabbar
1 year ago
İs this mod work with promods or rusmap ?
Loading...